As it turns out, writing a GOOD romance isn’t so easy. First of all, the leads aren’t always a boy and girl. They’re not even always human. Second, the meeting, losing, and winning don’t just happen. There is an emotional roller coaster ride readers expect to go on.

So how does a writer achieve that? It starts by expanding the meet-lose-love idea into plot points, sometimes referred to as beats.

I can hear all the pantsters out there saying, “But Jenna, I don’t plot. I want the adventure of not knowing where the story will take me.” That’s fine. Even as a pantster though, your story must hit certain beats to fit within the romance genre.

There are great romance beat sheets on the Internet, including Jamie Gold‘s and Gwen Hayes‘. Billy Mernit in his book Writing the Romantic Comedy, offers an eight-beat outline. While each of these beat sheets has a different number of beats, often called different names, they’re all referring to the same thing. You need to find the romance plot beat sheet that makes the most sense to you and helps you develop your story.

Not to be outdone, I’ve created my own romance beat sheet that takes what resonates with me from above. This beat sheet, including a fillable worksheet, is in the Romance 4-in-1 Planner free for Write with Harte members (membership is free! Join here!)

Opening: This is where we meet our protagonists. Often, the opening is the start of a normal day that is about to be turned upside down. You should include a few bits about the protagonist(s) that set up goals and hints at inner conflicts.

Inciting Event (Meet Cute) (Catalyst): This is where our two love birds meet or are brought together on the page at the same time to set off the story. In a rom com, a meet cute sometimes involves humor or a screwball situation, but it doesn’t have to be that. It could be intense or scary.

This meeting is the event that sets our characters off in the direction of falling in love, even if they hate each other at this point. If the characters already know each other, there is something different in this meeting than in all their previous meetings. For example, in The Hating Game by Sally Thorne, Lucy and Josh have been hating each other from their desks for some time (opening), however the inciting event is when their bosses tell them about a new position that only one of them can get.

Resistance: The first response to the inciting event is nearly always resistance or a butting of heads between the love interest.

“The idea of a fake engagement is a terrible idea.”

“We can’t be in the same room together. How will we be able to share the only car left to rent to get to the conference?”

However, the resistance isn’t always from dislike. In a friends-to-lovers situation, often the resistance is trying to avoid revealing their true feelings. Sometimes, the meet-cute is friendly and there is an attraction between the lovebirds, yet there is still resistance. This response is rooted in their goals and/or inner conflicts. Sometimes there is an attempt to avoid each other which brings us to the next beat…

Stuck together (New Path): Act one ends with our lovebirds without a choice or reluctantly agreeing to a situation that puts them together. Snow storms and stuck elevators would be a situation in which they’re stuck without a choice. Working in the same company or living in the same building would also fit this. A fake relationship or temporary partnership would involve a reluctant agreement.

This beat is important because our lovebirds need to be together in order to fall in love. In Red, White and Royal Blue, by Casey McQuiston, Alex’s mother, POTUS, coerces him to spend time with Henry to fix an embarrassing situation he created at Henry’s brother, the Prince of England, wedding. Without this, Alex and Henry don’t spend time together because they live an ocean apart and don’t like each other.

If it isn’t presented earlier, this scene identifies the external conflict as well; the thing outside them that is preventing them from reaching their goal.

ACT 2: Falling In then Out of Love

Waning Resistance: As the lovebirds spend time together, their initial impressions start to change. This is especially true in an enemies-to-lovers story. But even when they get along (friends to lovers), time together shifts their feelings or heightens them (in the case of unrequited love).

In this section, they begin to entertain the possibility of a relationship, physically and/or emotionally. Note that kissing and even sex may have already occurred (in the case of a non-sweet book), but this is where the wall of resistance wanes.

Ut Oh (Pinch Point 1): I don’t know where the term pinch point came from, but I much prefer Ut-Oh. This is a situation in which an antagonist or conflict appears to remind the lovebirds what’s at stake. In my writing, I like to make this first one one mini-sized. It’s like a tap on the shoulder reminding one (or they both can have an ut-oh) what can happen.

Midpoint (Possibility of HEA): Despite the ut-oh, the characters are drawing ever closer. They’re rethinking goals and concerns. They believe they can overcome the conflicts, but selfishly. They want their cake and to eat it too. But they haven’t grown yet, so they’re susceptible to their inner demons (conflict) and the antagonist.

Creeping Doubt: Personal fears and conflicts are creating doubt in their feelings for the other, and how the other feels about them. Fears and inner conflicts cause the characters to slow down.

Ut-Oh 2: This ut-oh is a bigger one than the last. It’s a whack on the head, reminding them of everything they could lose by abandoning their goal. For example, a CEO falling for his admin might get a talking to from a board member about the possibility of being forced out for having a relationship with an insubordinate and putting the company at risk for a lawsuit. The first ut-oh caused hesitation, but this one makes them stop in their tracks and rethink the situation, and what they’re willing to risk. Remember, they haven’t grown so, their thinking tends to be based in their fears.

Retreat: After the big ut-oh, one character or both pulls away. They don’t want to risk their heart and their goal, and they decide to choose the goal instead. The other character may notice this distance and pull away as well.

Black moment: This is where the $h!t hits the fan. Everything that could go wrong goes wrong. One thing I like to do just before this scene is have one or both characters decide to confess their love. They’re about to put it all on the line for love, then whammy, the black moment. The lie or deception is revealed. A choice is made that the other can’t live with. In my book, Drawn to Her, just when it looks like Drake wants to pursue a relationship with Lexie, he learns his grandfather is in the hospital. Instead of going to him, he goes to a board meeting, which he thinks his grandfather would want him to do. But Lexie believes family should come first and says a few unkind things about Drake and his motivation for the business. Just when they nearly had it all, it implodes. Their conflicts blow everything up.

Fall out (Retreat & Misery): This is the aftermath of the black moment. Initially, one or both, convinced they’re right, goes off in an attempt to regain their past normal life.  The problem is that they can’t go back. The more they try, the more miserable they feel. I like to live in this moment a little bit. Too often, writers rush to relieve the agony of the black moment, but I like to bring home how much they’ve lost by not choosing to change, by not choosing love.

I want to point out here that characters don’t have to give up their goal for love. The characters still win even if they don’t get their original goal. For example, in the Hating Game (slight spoiler), one person is offered the job, but the other person ends up at a different company and is much happier about it.

Epiphany (Ah-Ha): This is when one or both characters realize their fears and inner conflicts getting in their way, and accept that they love the other person. This is where growth takes place. In order for the past problems (conflicts and ut-ohs) not to cause problems in the future, the characters need to grow into new people.

Grand Gesture: This is when one character reaches out, putting all on the line for the other person. It’s different from earlier attempts that played it safe. Here, they’re vulnerable.

HEA: The happily ever after scene is when the other person also is vulnerable and they come together with new understanding and a commitment to each other.

Epilogue (optional): This scene is optional, and shows the couple living in their new happiness not just with each other, but with their goals as well.

Some plot sheets have fewer points. Others have more. For me, this hits all the major points needed in a romance. In a romantic suspense or fantasy, you may need a few others beats, but for the relationship part of the story, these beats hit them all.

If you like to check out my beat sheet or others, you can get them here:

Romance Author 4-in-1 Planner Plan your entire romance writing career, plus your romance stories, publishing, and marketing. This is free to all Write with Harte members. Membership is FREE. Join here!

Do you have questions about plotting a romance? Maybe you have tips. Let me know in the comments below.

I received the following question through the WWH Weekly Call topic list and thought I’d answer it here as well. Ugh. I just did taxes,…

There are over 70,000 romance books listed on Amazon. Getting noticed in a sea of other romances is a daunting task. The good news is… 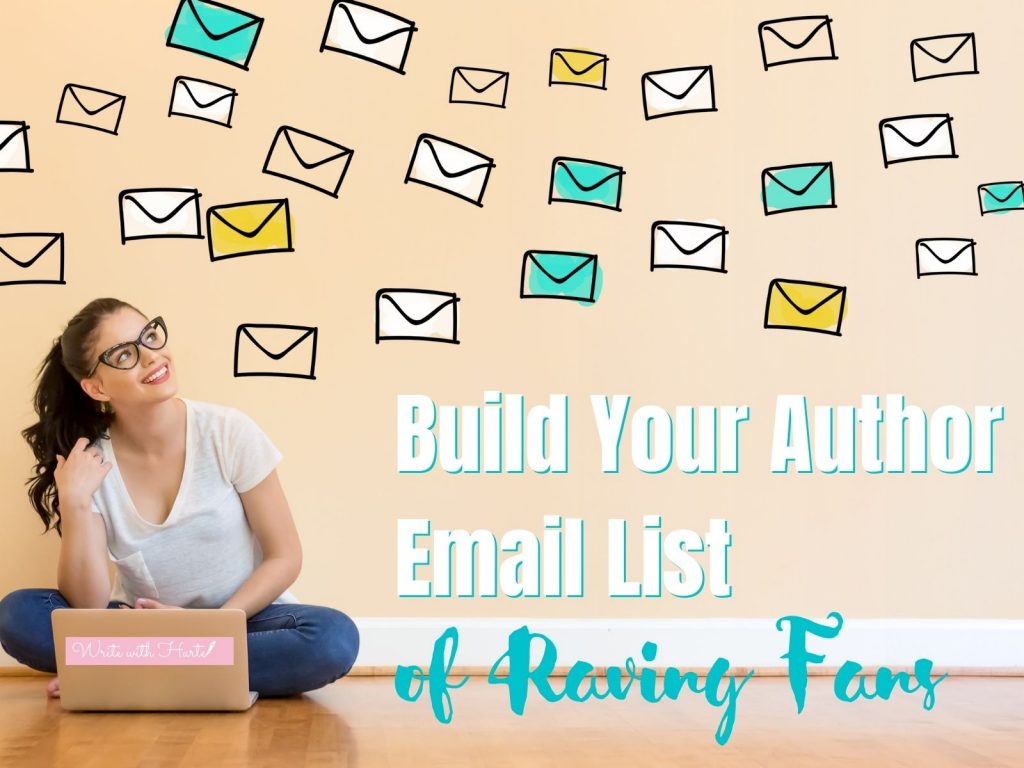 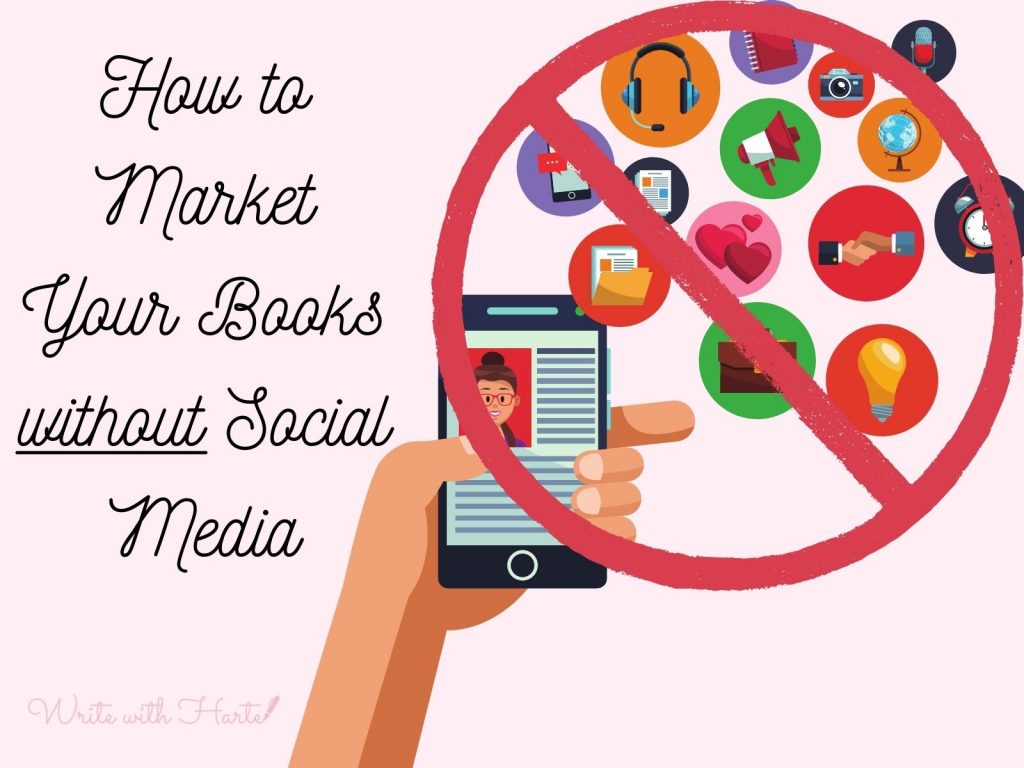 Earlier this week, Facebook and Instagram suffered a massage outage, affecting over a billion users worldwide. For the casual user looking for recipes, updates on…